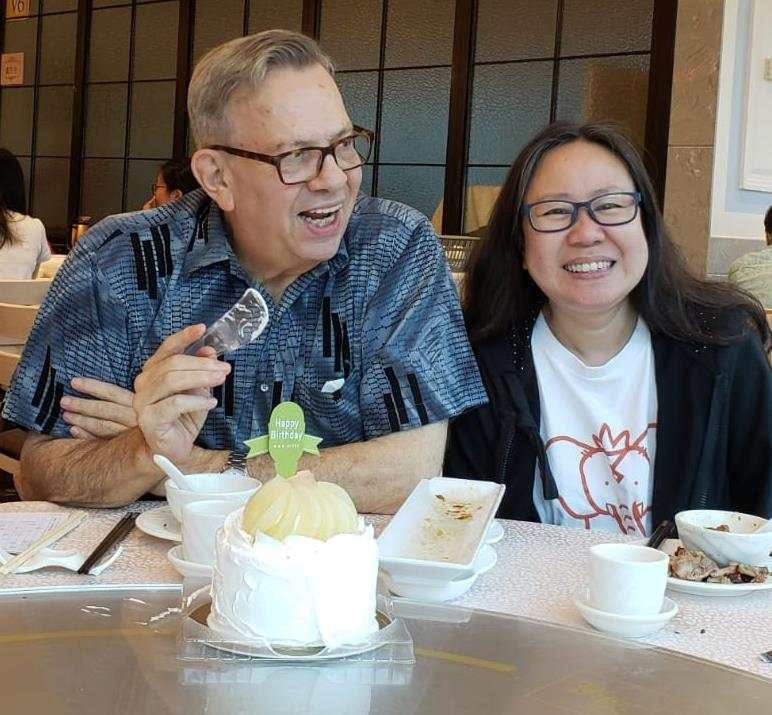 In memory of Father Robert Astorino

Regarding the contributions of Fr Robert Astorino, founder of Union of Catholic Asian News (UCA News), I do not need to add more as UCA News and many other major Catholic media have given detailed reports. I wrote a short piece in Chinese for the Faith Press and Father John B. Zhang encouraged me to translate it into English so that we could also share it with friends in New York.  ——Lucia Cheung （Hong Kong）

Father Bob, as he was lovingly called, now rests in peace in New York after his death on June 25, 2020, at the age of 77. He returned to the U.S. in late 2019 in obedience to his superior. Anyone who knows him well understood that had he the choice, he would have spent the rest of his life in Hong Kong, where he lived for almost half a century.

I began working at the China Office of UCA News when Father Bob was the director. After my interview with the editorial department, I had a brief meeting with him. He trusted us to do our work on our own and seldom came over to the office to give us instructions. At that time, the headquarters and the Chine Office were located in a duplex village house, where Father Bob and Father Ronald Saucci (1935-2016) also lived. The two fathers were the pillars of UCA News. My colleagues said that their division of labor was simple: Father Saucci raised money and Father Bob spent money, because supervising the news publication was burning money. We had minimal contact with Father Saucci, as he usually left or prepared to leave for his office in Wanchai when we arrived for work and he returned in the evening when we were about to go home. Often wearing a flat cap and smoking a pipe, Father Saucci looked a bit aloof. We greeted him politely, like students facing a stern school principal, and rarely took the initiative to talk to him. As for Father Bob, our contact with him was mostly at the lunch table. Because of the remote location of the office, we brought our own lunch boxes or cooked noodles and ate in the living room. Father Bob would chat with us in Cantonese. His lunch was prepared by the Filipino domestic helper Ninia. He did not mind sharing the food. He would say, “Everyone can help herself,”mockingly pointing at a colleague known for her love of tasty food, “but you can’t.” Then the two exchanged barbs, and he mimicked what she just said, delighting everyone.

Father Bob, of Italian descent, liked cooking or instructing Ninia how to prepare Italian food, such as pasta, lasagna, and pizza for us for lunch or afternoon snack. He made sure the taste of the homemade sauce was as good as what he learned from his family. When he watched us enjoying the food, he was very happy.

Hong Kong was a perfect place for a missioner like Father Bob who loved Chinese food. Whenever there was colleague’s birthday, we would go out to a restaurant for “dim sum,” (a Cantonese-cuisine prepared in small bite-sized portions of food served in small steamer baskets or on a small plate) as it was Father Bob’s favorite. In those days, the Chinese restaurants still had servers pushing the dim sum carts around for people to choose what they liked to eat. At the restaurant, Father Bob always went around like a butterfly to pick out dim sum from different carts. He was pleased to see everyone eating happily and moreover to show off his Cantonese. The servers, mostly middle-aged women, were amazed that this foreigner spoke such fluent Cantonese. Father Bob did not eat much, but our office administrator who worked with him for several decades, would unfailingly order his favorite “dry stir-fried rice noodle with beef” with a small dish of mustard on the side. At the end of the meal, Father Bob would urge this and that colleague to finish all the food, saying “Meiren Zhao Jing,” (a Chinese idiom meaning “a beauty looking at herself in the mirror;” here it means the plate should be so cleanly finished as to reflect the diner’s beautiful face). As he said it too many times, we teased him that this expression was so passé and nobody used it anymore.

After Father Bob retired and the office moved out from the village house, we kept contact by inviting him to dim sum once every two or three months until he left Hong Kong. We also visited him at the Maryknoll’s Stanley House. We once suggested borrowing its large kitchen and asking Father Bob to cook his homemade spaghetti and pizza for us again. Unfortunately, this wish was never fulfilled but this friendship built on sharing food and lots of laughter will remain in our memory forever.