I first met Evelyn before she ever became involved with China.  She and Jim were experts in religious psychology and were giving workshops on spirituality and human life around the USA, especially to religious and communities.  The message was that the spiritual life – the religious life – was not simply a matter of conforming to rules, but of joyously affirming and cultivating the potentials for love and wisdom given to each of us through the grace of God.  This fit the message of the Catholic Second Vatican Council, but it could also be seen a threatening to authoritarian traditionalists.  Evelyn was just the opposite of an authoritarian traditionalist.  She was a woman full of deep caring and down to earth wisdom and exuded spiritual joy.

It came as a bit of a surprise that she and Jim began to teach in China.  I believe they were recruited to it by my friend Fr. Ed Malatesta who had a passionate commitment to helping the Church in China engage more fully with the people of China and with the modern world as a whole.  One aspect of this was to introduce the best thinking of modern religious psychology into the Chinese intellectual world. Evelyn and Jim were the perfect couple to do this.  As part of this they did deep study of China’s religious traditions and authored a major book on Chinese spirituality with Prof. Fan Lizhu.  I fondly remember discussing these ideas over dinners with them in San Francisco, where they had research and writing fellowships at the Ricci Institute of the University of San Francisco – and then later at Fudan when they spent their time living and teaching there. Every meeting was warm and memorable.  Evelyn was someone who always listened deeply and responded graciously and thoughtfully. She always strove both to accept you for who you were and then to bring out the best in you. Her legacy of humane knowledge and generous friendship will long live on.

Author：Professor from University of California at San Diego 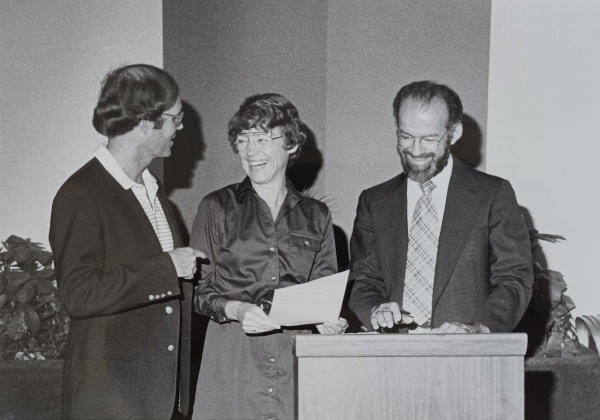