The Little-known Story of a Missionary Friend 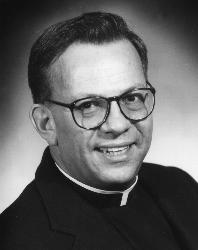 In recent days, sharing Fr. Bob’s story with several friends in the United States, S. Korea, Japan, Mainland China and Hong Kong, and participating in his virtual funeral, I have come to know him more better now even we have been friends for years. Fr. Robert Francis Astorino, MM (Bob) had dedicated his entire life to the work of communications in the Church. He had prepared for his departure and exited from this life with grace. While we were proud of him, his sudden departure nonetheless left us with a sad and heavy heat. 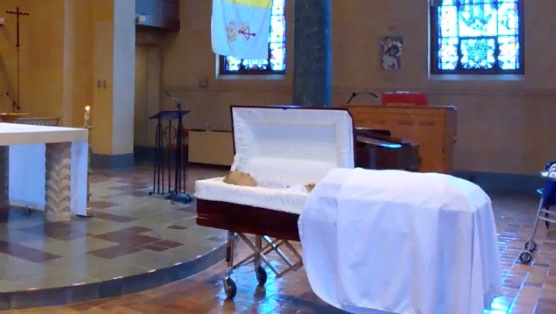 Memories flooded back when I read e-mails I had exchanged with Bob. I recalled meeting him in Hong Kong, Bangkok and during his many visits with us in Shijiazhuang. I remembered his understanding of the each local Church in Asia, his sympathy for the Church in China, his respect for the Chinese people, and his appreciation of China's development and rapid changes, his generous support for communications and the social services of the Church in the Mainland, and above all his unforgettable warm friendship .

There is a saying in the traditional Chinese culture: You can pass judgment on a person only after the coffin is sealed.  I think it's time to share Bob’s story which reveals his unique and distinctive personality.

I.  The final farewell

On June 30, 2020, Bob’s funeral Mass took place in the chapel of the Maryknoll Society in Ossining, a town north of New York City.

Two masses were also offered in the morning and evening in Shijiazhuang，north China in memory of this old friend of the Faith Press and the Jinde Charities, as well as the local Church.

There was also a memorial mass at the Resurrection Church in Kowloon, Hong Kong that evening. Some of his former colleagues and friends attended these memorial services to bid farewell to a missionary who had dedicated his life to the Asian Church through mass media. And communications.

At 10 a.m. New York time (10 p.m. Beijing time), a plain coffin was rolled in the Queen of the Apostles chapel in the headquarters of the Maryknoll Society, where Maryknoll Fathers and Brothers, and Maryknoll Sisters as well as lay faithful including relatives and friends of Bob could pay tribute to him.

Due to the Covid-19 pandemic, the church or the chapel could only take up to 25% of its capacity. Many friends in the United States and those around the world were deprived of the chance to attend the funeral service. However, thanks to the internet, they participated online to see him off for the final journey. 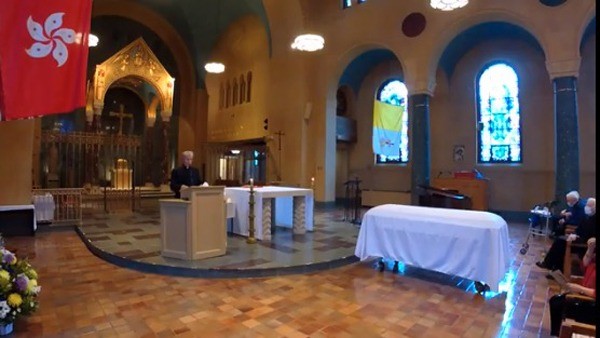 Before the funeral service in New York, Fr. Timothy Kilkelly MM sent me a live video link. I opened the link and saw a simple coffin placed in front of the altar of the Queen of Apostles chapel in Maryknoll. Funeral music was playing in the background and Bob was lying in the coffin as if asleep. I immediately took a screenshot, which, though blurred, is a memorable picture. Just after the screenshot, two funeral home staff came up, bowed to the altar and coffin, slowly lowered the lid of the coffin and placed the white pall over it.

Fr. John McAuley, MM presided over the funeral mass and gave the homily.

At the conclusion of the Mass, Fr. Kilkelly came up to the podium again and read the perpetual oath taken by Bob in the same chapel half a century before.

My colleagues, who saw the screenshot that night, were deeply moved by the simplicity of Bob’s funeral. There was not even a bouquet of flowers placed before the coffin!

A white pall covered the coffin as mournful music resonated in the chapel.  For the Mass, only Fr. McAuley wore a chasuble. Fr. Kilkelly delivered the first reading, the prayers of the faithful and Bob’s perpetual oath. In attendance were Maryknoll Fathers, Brothers, Sisters, as well as Bob’s friends and relatives.

In fact, a simple funeral was what Bob had wanted, because he had always lived his life in simplicity, shunning pomp and circumstance.  On his business trips, he preferred eating a bowl of noodles on the street.

After the funeral Mass, the participants processed to the nearby Maryknoll cemetery where Bob was laid to rest in peace among his brethren ……

We were happy and comforted to take a last look at an old friend via live video half a world away.

Although Hong Kong was still under restrictions, dozens of people attended the memorial Mass at the Resurrection Church in Kowloon that night. Among them were one diocesan priest and five missionaries serving in Hong Kong: (from left to right in the photo below:) Fr. Terrance Mascarenhas SVD, Fr. Bruno Lepeu, MEP, Fr. Pasini Giorgio, PIME，Fr. Louis Keloon Ha ((main celebrant from Hong Kong Diocese), Fr. Sergio Ticozzi, PIME, Fr. Mario Marazzi, PIME. Resurrection Church was one of the first places where Bob’s began his development of Church communications in Asia as well as the last parish where he served before leaving Hong Kong. Holding the memorial service in the Resurrection Church was very meaningful as if Bob was present among those who had grown up under Bob’s pastoral care, those who had known him for the past 40 years, and those who had been guided by him and now worked in the communications field within or outside the Church. It was clear that Bob was very much loved and missed by those people who came to bid him farewell.

As a friend, Lucia Cheung, a former UCAN staff member left a message on the live broadcast: "Today I cannot go, but hope to come to the graveside of Fr. Bob Astorino to pay my respect in the future."

III.Please don't talk about me

Sharing memories during the funeral Mass, Fr. McAuley told the attendants : "A few days ago, Bob saw me and made a request: 'John, as you know, I'll be gone soon. After I pass on, you may be saying the funeral mass for me. It’s not up to me to make arrangement. However, I have a small request. In the memorial mass, please do not talk about me! Talk about Jesus, God, and the Kingdom of Heaven! The simpler the funeral, the better!’”

He faced his impending death with equanimity. He talked, laughed, and shared meals with others two days before he died, while calmly putting his last worldly concerns in order. Bob was a true Christian, a grace-filled Maryknoll missionary.

In the funeral Mass, if you refrain from talking about the departed, how can you remember him? This gave Fr. McAuley a daunting task. After talking with others, he found a solution. 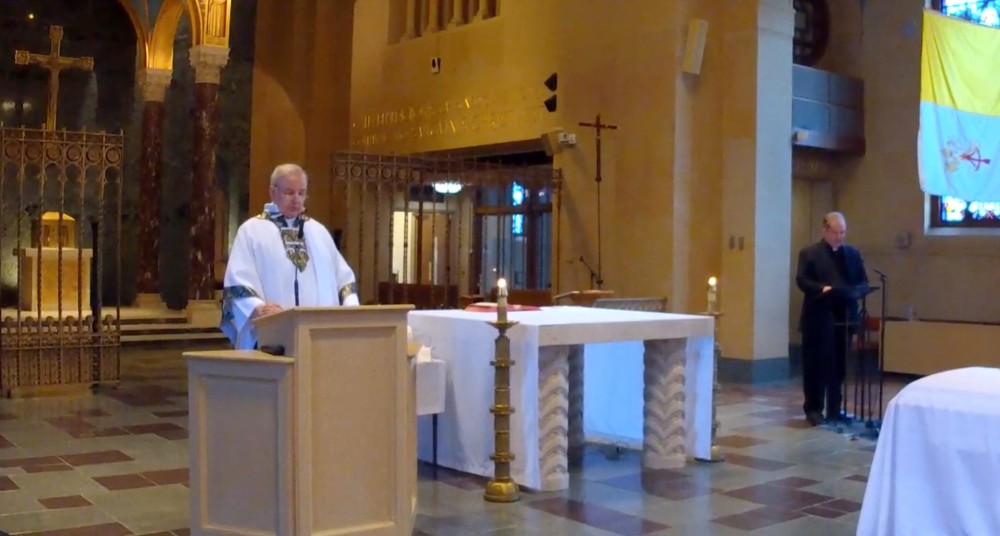 During the Mass, Fr. McAuley said, "Bob, I respect your wish. Today I will not talk about you, but I would like to follow a Japanese funeral tradition. I now want to speak directly to you, the departed, so as to remember you. Bob, I hope you can understand and accept it in heaven now..."

Not to be self-centered, but to preach Jesus and the Kingdom of God and the Church is what Bob sought and valued. Until his death, he lived by this commitment.

Dear Bob, thank you for the lasting "legacy" you have left with us!

Father Robert F. Astorino died on June 25, 2020 at Westchester County Medical Center.  He was 77 years old and a Maryknoll priest for 50 years.

Robert Francis Astorino was born on May 27, 1943, in the Bronx, New York, the son of Louis and Mary Astorino. He had two brothers and one sister.  He was in the first class of St. Clare of Assisi grade school in the Bronx and graduated from Regis High School in Manhattan in 1961. That same year, he entered Maryknoll.

In 1971, he went on assignment to Hong Kong. After Cantonese language study, Father Astorino and other Maryknollers in the Kwun Tong area of Kowloon conducted research on the situation of youth, many of them children of refugees from mainland China.

Beginning in 1974, he was involved in the social communications apostolate in Hong Kong and throughout Asia. He helped launch the Hong Kong Catholic Social Communications Office and was its assistant director for several years. He served in various positions in the Asia branches of several international Catholic media organizations, including the East Asia Catholic Press Association. He also taught journalistic writing at the Chinese University in Hong Kong 1975-1977.

After conducting a feasibility study on Church information needs in Asia, he was influential in launching UCA News (Union of Catholic Asia News, UCAN), Asia's largest Catholic news service and one of the largest in the world. It had hundreds of reporters, full-time offices in more than a dozen countries, and part-time bureaus all over Asia and at the Vatican. The main UCA News website carried news reports, photos and other services in various languages, and provided links to other UCAN-sponsored websites regarding the Church in Asia.

Except for a brief assignment in New York (1983-1984) to help conduct Maryknoll's Telecommunication/Informatics Study, Father Astorino served as Executive Director of UCA News for three decades. For several years, he was a consultor to the Pontifical Council for Social Communications.

Through the years, Father Astorino devoted much of his time and energy to training UCAN personnel as well as other Church communication workers across Asia.  He was instrumental in helping help young UCAN reporters learn about the Second Vatican Council and apply its teachings to their journalism work.

Father Astorino returned to the U.S in 2019 and was assigned to the Senior Missioner Community in January 2020 and resided at the Maryknoll Society Center.

Father Astorino is survived by one brother ... and his sister......

A Mass of Christian Burial was celebrated in Queen of Apostles Chapel on June 30, 2020, at 11:00 a.m.  Father John McAuley was Principal Celebrant and homilist. Father Timothy Kilkelly read the Oath and biography.  Burial followed in the Maryknoll Society Cemetery.

The perpetual oath taken by Bob in half a centrury ago. 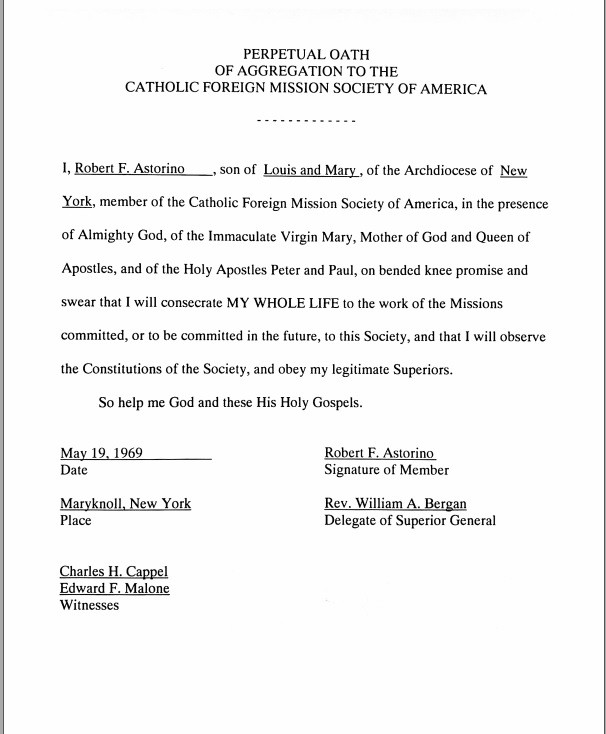